The Dog in Society 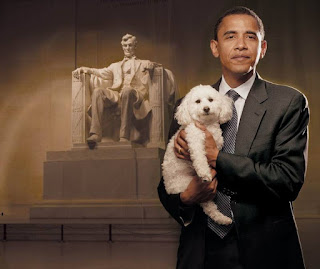 The importance of pets has begun to be realized by politicians; in the USA, bills protecting the right to own a pet have been passed in some States, and a Senate now prohibits bans on pets for the elderly and handicapped in federally assisted housing. In France and Sweden the right to own a dog is part of the constitution.

Part of the stimulus for protecting some rights of dog owners has come from a realization of the potential of pets in the therapy of old people in health care institutions, for certain types of mentally ill people, and for criminals in prisons. The introduction of a pet, either as a visitor or as a permanent resident, has produced dramatic changes in the social behavior of some people in all three groups. One well-documented  study was conducted  in Australia, where a former guide dog, a Labrador called Honey, was introduced on to a geriatric ward of a Melbourne hospital. Interviews with staff and patients before and three months after Honey's arrival showed several beneficial effects in the areas of emotional well-being and physical activity; for the staff none of the prior misgivings about a dog had materialized.

Resident pets and pet-visiting schemes have become widespread in America, and some have started in Britain and other countries. An American psychiatrist has evaluated their effects, and highlighted the increase in play and laughter among patients. It is suggested that laughter can reduce stress and pain and instil a feeling of elation as a genuine  physiological effect,  which via neuroendocrine pathways affects the chemistry of the brain itself.

Pet therapy with the mentally handicapped and with prisoners is still in its pioneering stage. The number of pets allowed on to wards in mental hospitals is increasing, and the trend seems likely to continue. In many ways this is a return to former therapy in the nineteenth century and even earlier, most hospitals for the mentally ill had many types of animals, as shown for example in records of the York Retreat in England in 1792, and at Gheel in Belgium as long ago as the ninth century.

So far the USA is the only country where prisons have used pets in a constructive  manner  for the rehabilitation of selected criminals.  In one women's penitentiary, maximum-security prisoners train dogs for use as therapy or assistance for physically disabled people. Reportedly the involve¬ ment has a highly favourable impact on the prisoners' behaviour.