The Dog & the Law 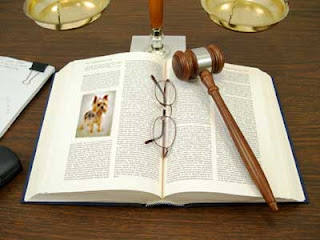 In Britain, several Acts of Parliament govern the keeping of a dog. There is a legal obligation on the owner to obtain a license for any dog over six months old and to ensure that it carries an identification disc. The Animals Act of 1971 makes the owner responsible for any damage to livestock and farm animals, and under certain circumstances a farmer is legally entitled to shoot a dog seen to be worrying sheep. Under the same law, the owner may be held responsible for any injury caused to a road user by straying dog.

A vicious dog attacking and biting people or other dogs may be brought under a court order, and if the owner fails to control the dog in future, the court has the powers to enforce the destruction of the dog. Stray dogs should betaken to the local police station, which is obliged to house and feed the animal for seven days; it is then be handed over to a home for strays, or destroyed. If the owner is tracked, the police are entitled to recover all the costs incurred.

Various local bye-laws exist which require dogs to be kept on the lead in public parks and on highways and which impose fines for fouling pavements and other public amenities.

Boarding kennels and pet shops are only allowed to operate under local licenses. The importation of dogs is subject to strict government rules, and infringements carry heavy fines. The Guard Dog Act of 1975 is intended to control the use of guard dogs and requires that they must at all times be under proper control except when actually secured. A notice to the effect that a guard dog is on duty must be clearly displayed on the outside of the premises; the Act does not apply to pet dogs kept in the owner’s house.

Most insurance policies covering household contents include coverage of damage or nuisance caused by a dog, but this is advisable to check with the insurer that this is so. In addition, it is possible and highly prudent to take out insurance against veterinary fees. It is easy to budget for routine vaccinations and deliberate operations such as neutering, but unexpected accidents, protracted illness and complicated surgery can account for heavy expenditure. Several insurance firms offer adequate and reasonable pet polices.