How can I protect my bitch from unwanted visiting dogs while she is in heat? 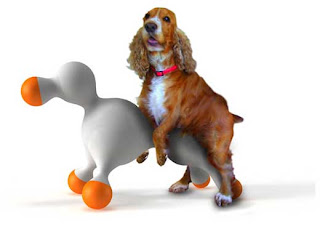 Nowadays the use of chlorophyll in large doses has been found to be extremely effective in preventing male dogs from picking up the strong scent emitted by a bitch in heat, and I have also proved with my own bitched that by commencing dosing according to the directions with chlorophyll, they can be taken out comfortably without being molested by dogs. Some people even take them to shows—with the exception of obedience shows, which are barred to bitches in heat by Kennel Club rules—and the dogs completely ignore the bitches’ presence. I have run residential dog-training courses at my home with male dogs in the house and my own two bitches in heat, and no male dog fussed or made any attempt to get near my bitches when they were dosed as mentioned. But I do think one is taking an unnecessary risk if one does not closely confine the bitches for the last five days of the heat period—the bitches themselves are extremely provocative toward any dog at this vital stage and do everything in their power to attract the male dog.

The quantity of chlorophyll to be given depends entirely on the size and weight of the dog. Directions are enclosed, and the owner of each dog must work out what that particular dog needs. The substance is quite harmless, so no one need be frightened of giving an overdose.

It is always helpful to wash the bitch’s vulva two or three times a day with a chlorophyll solution. If possible, exercise her away from your own premises. I usually take my bitches in the car some distance away before letting them run; thus if there were any scent to be picked up, it would not lead the male dogs to my house.

Most people want to know when to start dosing their bitches with chlorophyll. The answer is: as soon as you notice the swelling of the bitch’s vulva and discharge of blood from the genital passage. The period of heat varies vastly in bitches, but nine to fifteen days is about average. Some bitches come in heat only once a year some as many as four times a year; the greatest number to do so twice a year. The bitch is ready for mating as the discharge lessens and she stands with her tail turned sideways. This is the time when, whether you are using chlorophyll or not, I recommend careful isolation from any male dog.