Is it Important for Dogs to be Followers? 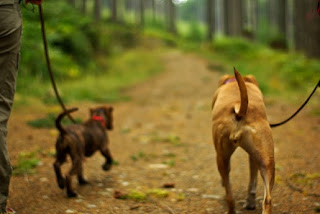 The Definition of a happy dog, is a dog who gets enough exercise and mental stimulation, but that dog who knows 100% of his role, in the life of his master and knows where he stands. We know that in a pack of canine, there is a master who keeps order, the master is the one, who sets the rule, which everyone needs to follow and is the one, who takes all the decisions.

We also know, that there are followers, who look towards their leader, to guide them. Both leader and followers are content, when the alpha member makes the rest of the pack, feel they are safe and the leader sees their structure being upheld. The leader is happy and the followers are happy, because both feel their survival depends upon this order. The leader should have a strong mind to make decisions and to tell the right way to the followers.

There is another problem, that can arise, because of the behavior of humans, such as, when we don’t listen to what our dog is wants, when he is the leader of the pack, then this is the time, when we humans cause them to become mentally unstable. In a dogs world, it is understood, that the leaders are allowed to leave the follower, however the followers are not allowed to leave the leader. When a dog is allowed, to be the leader and humans who leave the house without permission, start to create their own problems. So it is very importan for humans to be leaders and to be at the dominant position, while controlling your dog.