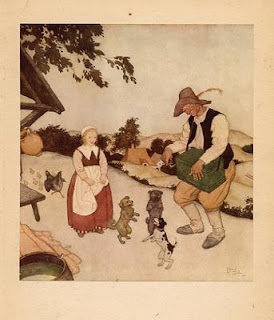 The discovery at Ein Mallaha provides remarkably early evidence of the dog’s symbolic association with death. It also demonstrates the importance primitive man attached to one of the dog's outstanding qualities: its single minded loyalty and devotion to human beings. It seems likely that Stone Age people like their descendants, valued the emotional rewards of dog ownership as much.if not more than, the economic benefits.

The use of dogs and other animals solely for companionship is not confine to the modern affluent societies. The keeping of dogs as pets is widespread among relatively simple hunting and foraging societies. The Comanche Indians of North America possessed only two domestic animals, the dog and the horse. Horses were an indispensable part of the Comanche economy, yet the Indians regarded them entirely as useful objects. In contrast, dogs served little if any economic function, yet they were treasured as pets; warriors pampered them, carried them on horseback to prevent them from getting sore feet, and regarded the loss of one dog as far worse than the loss of several horses.

Even in societies where dogs were economically important, their role as a champions was frequently acknowledged. In Polynesia, where dogs were often eaten, it was common for particular puppies to be adopted and raised as pets by the inhabitants; usually such companion dogs were exempt from slaughter. In spite of so much evidence it is only since the 1970s that scientists have begun to research and evaluate the reasons why the companionship of dogs so important to the mental and physical health of highly industrialized societies.