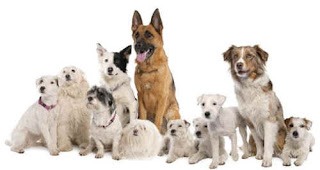 This article is derived from the official standards of kennel club (KC) in great Britain, the American Kennel club (AKC) the federation Cynologiue international (FCI) in Europe, and the Australian National kennel Council (ANKC) the Kennel Club is now recognized over 180 dog breeds and the most popular are described here along with a number of recent arrivals from Europe and a few breeds that are more familiar in other parts of the world.

The grouping given in this section are those used by the kennel club of great Britain: Hounds, Gundogs, Terriers, Utility, Working pastoral group came in being on 1 January 1999 and contains a number of breeds previously classified as either a Utility breed or working dog breed, the American Kennel Club categories are roughly similar except that what the kennel club class as utility and pastoral are called non-sporting breeds and Herding breeds. The federation Cynologiue international operates in a very different and more complex system where there is no direct comparison between the FCI and other classification the appropriate breed group is given for each entry.

When new dog breeds are introduce to the UK and abroad they are normally placed into the imported breed register and given an interim standard usually based on the standard of the country of origin but agreed between the individual Breed Club (Formed by owners, breeders, and other enthusiastic of the breed) and the kneel Club this interim standard monitored by the period of the year to check that is produces satisfactory dogs. It may be proved acceptable or it may have to be modified before the breed is to be transferred to a list of rare breeds and finally to the full breed register. Rare breed and those of imported breeds register have their own classes at championship and open show and are allowed to win kneel Club challenges certificate only once they reach the breed register.

The AKC operates the broadly similar system listing new comers in a Miscellaneous Group until they are deemed to have attained full breed status. Again miscellaneous breeds are limited o miscellaneous classes at shows and are eligible for championship points. Country of origin date of introduction and the indefinable qualities which decree whether or not a breed will become popular have led a few difference between the breed registers of the KC and AKC at the time of writing among those breeds to have interim standards from the KC are the Shar Pei, which has Full AKC recognition and the Neapolitan Mastiff which is not recognized by the AKC at all. The AKC Miscellaneous class includes the Italian Spinone breed and the Lowchen breed both of which have been recognized by the Kennel Club in recent years.

Perhaps the most controversial of all is the Jack Russell Terrier which has an interim standard in the UK and as in the AKC Miscellaneous class. Part of its difficulty lies in the fact in the UK at least it is not an import but a familiar if ill defined a home grown product. Pressure from a large number of jack Russell enthusiastic seems to have overcome this hurdle and it may not be long before this popular and busy little terrier makes its appearance in its shows rings.

The official groupings in its every Kneel club are based on the dog’s original purpose most of which are self explanatory. Gun-dogs were bred to assist in shouting. Hounds give chase to other form of hunting and coursing. Terriers (from the Latin terra earth) dug down into the ground in pursuit of prey that burrowed underground. These three are grouped together as the sporting breeds. Of the non sporting groups toys are small dogs breed purely are champions pastoral breed looks after sheep cattle or other livestock. And working dog help human in variety of ways including pulling sledges and guarding property. The final non-sporting group utility (called simply non-sporting by AKC and ANKC) contains a number of breeds whose original function is now obsolete such as Dalmatian (breed as a carriage dog) the bulldog (A fighting dog) and the schipperke (a barge guarding dog from Holland).

Interestingly the grouping f the three sporting groups vary very little from one Kennel club to another throughout the world but there are many variations in the NON_Sporting groups. the Boston terrier for example developed as a pit-fighting in the USA is a NON_Sporting breed in its country of origin and n Australia and a utility in UK whereas its small size make it a champion in the FCI the Kennel club and the ANKC classify the Japanese Akita as Utility because again originally it was a fighting dog whereas the AKC calls it working perhaps because it now makes a useful guard the FCI gas a separate classification for Nordic sledge dogs. Into which this fall because it is a spitz type. the Kennel club usually expresses the desired size f breed in term of height and the withers or shoulders through some times weight rather than height is the criterion Occasionally both height and weight are specified and on rare occasions no size at all. Sometimes but no means always the standard differ for dogs and bitches. The figures given below follow these conventions with the standard for other countries specified only where it differs substantially from that of the KC.