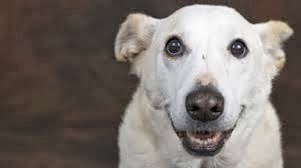 Botulism is a disastrous dog disease which occurs due to nerve toxins produced by bacterium ‘Clostridium’. This disease is quite rare but proves to be fatal for the unfortunate victims.

Dogs come into contact with this disease by having dead animals that may contain this toxin. The condition of the disease may vary according to the amount of toxin eaten. After ingestion, the toxin travels to the blood supply and then attacks the nerves in association with the muscles. As a result of this disruption is seen in the nerve impulse to the muscle and signs of the illness begin. Symptoms may become evident immediately after the ingestion of toxins or many days after that. During this dogs are very active but they are unable to stand or even walk. As the toxin travels through the system, it results in slow heart race, slow breathing and may even lead to death.

The diagnosis of botulism is very tough because there are other diseases which have similar symptoms. This dog disease can be confused with drug reactions, nervous system infection, shellfish poisoning and myasthenia gravis. The diagnosis can be done if the toxins can be isolated from blood, ingested food, feces or vomit.
However, another method to diagnose botulism is based on history of exposure to potentially contaminated carcasses and weakness signs.

Treatment for botulism includes hospitalization with intravenous fluids. Respirators may be necessary if the muscles to help breathing are impaired. Antitoxins may be used in the earlier stages of disease and are useless if the symptoms for this dog disease can be seen. Antibiotics may be used for treatment but they are not very effective. Treatment may be done if the disease is diagnosed in the early stages; otherwise treatment becomes impossible because of the paralysis of the lungs and heart.