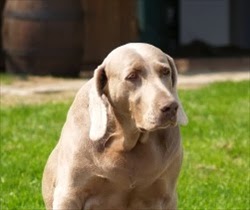 The literal meaning of cystitis is the swelling of the urinary bladder. This term in general is applied to any disease which may cause inflammation in the urinary bladder. This dog disease is more common in female dogs but if a male dog is affected then it is more threatening for him. This is due to the fact that the urethra in the female dog is wide and it is difficult for it to be blocked with stones, whereas in the male dogs the urethra can’t dilate and become easily blocked.

Causes
In most cases the cause of cystitis is infection caused by bacteria. Bladder stones, tumors in the bladder, and diverticula are other common causes of cystitis. A number of other causes of this dog disease include:

Symptoms
The symptoms of cystitis include:

Diagnosis
Dog’s urine is analyzed to diagnose this dog disease. If the presence of bacteria becomes obvious then culture and sensitivity testing would be done to decide what antibiotics are to be used. X-rays and biopsy may be necessary if the cause of the cystitis isn’t determined. Cytoscopy is also very beneficial in order to diagnose the cause of cystitis. In this a special instrument is used which inspects the lower urinary tract.


Treatment
Treatment depends upon the cause of the disease. Most cases of cystitis are due to bacterial infections and these are easily treated with antibiotics. However, in certain cases a number of antibiotics would have to be tried before an effective one is found and this may take some time. If the cause is bladder stones then in some cases those can be easily removed with special diets; whereas others may have to be removed by surgery. Benign bladder polyps are also removed surgically.

In severe cases pain relievers, urinary antiseptics and antispasmotics may be given in order to relieve the symptoms.

Prevention
In order to avoid the stagnation of urine, the owner should give loads of salt to the dog in its food. This would lead to increased drinking and increased urination, which would keep the bladder flushed out.