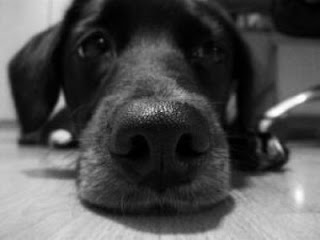 The adrenals are two crescent-shaped that lies atop each kidney. The adrenal glands secrete hormones directly into the bloodstream. Each adrenal gland is divided into two main parts: the inner part is called the medulla and the outer part is called cortex. In addition, each of this division of an adrenal gland comprises of internal layers that produce different hormones. Adrenal glands may dysfunction in case of mal nutrition and in times of prolonged stress. The adrenal glands can consume the bodies hormonal and energy reserves, if stress is taken over a longer period of time and the glands may either shrink in size (hypotrophy) or become enlarge (hypertrophy).

When the outer layer of the adrenal gland is destroyed it is called Adrenal Cortical Atrophy. This condition results in deficiency of specified hormones called mineralocorticoids and glucocorticoids.

Addison disease or primary adrenocortical deficiency results from destruction of the adrenal cortex. Glucocorticoid, mineralocorticoid and sex steroid production are all reduced.

Signs of Adrenal Cortical Atrophy
Fatigue, puking, loss of appetite and dullness are the initial and most common symptoms in this kind of disorder. There may be other signs like diarrhoea, weight loss, increased thirst and increased urination might also manifest. The destruction of the adrenal glands is a steady process. At the beginning, the adrenal cortex partially destroys which results in the symptoms that are only noticeable during stressful situations such as boarding, travel or surgery, but these symptoms might manifest later on, even in the non-stressful situations when the adrenal glands are continuously destroying. The majority of dogs have chronic problems that may last for more than one year. Neutered male dogs, young to middle aged female dogs are mostly prone to this kind of disorder.

Cause of Adrenal cortical Atrophy:
In addition to autoimmunity and tuberculosis, infectious fungal diseases (coccidioidomycosis and histoplasmosis) or viral infections (cytomegalovirus and HIV) have been reported to be responsible for chronic adrenal damage leading to clinical adrenocortical insufficiency (Addison disease). Primary tumours or metastases from malignant tumours’ elsewhere (lung, breast, stomach, lymphomas, and melanoma) are known to cause chronic adrenal insufficiency.

Cytomegalovirus is a member of the herpes virus group, that also includes herpes simplex virus types 1 and 2, varicella-zoster virus (the virus that causes chicken pox), and Epstein-Barr virus. This virus can stay in the body in an inactive state for months to years after an individual has contracted the virus. An individual may carries the living virus within the body for his entire life after being infected.

Adrenal cortical atrophy has been reported to result from alpha-particle irradiation to the lymphatic system. Patients suffering from this disease can lead a normal life if treated properly.