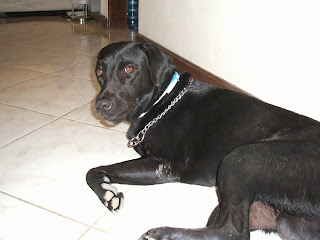 Ehrlichiosis is a dog disease cause by a bacteria called ‘Ehrlichia’ which infects not only dogs but also many other species worldwide. Ehrlichia is transmitted by brown dog tick, which passes the above mentioned bacteria into the bloodstream when it bites. There are three phases of this dog diseases; acute stage, sub-clinical phase and chronic ehrlichiosis.
Causes of Ehrlichiosis in Dogs:
The bacterium in this dog disease is passed to the dog through the saliva of a tick. The tick is called “Rhipicephalus sanguineous.” However, dogs may acquire this disease through blood transfusions as well.

Symptoms:
Symptoms of this dog disease include:
Treatment for Ehrlichiosis in Dogs:
This dog disease is treated with antibiotics, mainly doxycycline. There is a rapid improvement in the symptoms due to this antibiotics but it may take several weeks for a full recovery.  IV fluids are required to be given to dehydrated animals and in severe cases steroids are required to be given when the level of platelets is very low and ends up to be life threatening. In severe cases, blood transfusions may also be necessary.