The Dog as Protector 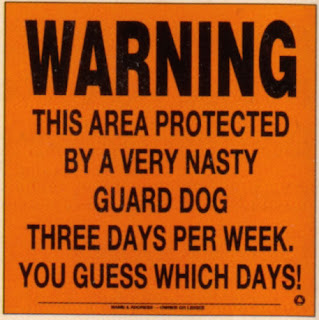 Feeling secure induces a sense not only of emotional but also of physical well being. Protection is the second commonest reason owners give for keeping a dog. A barking dog defending a house is obviously a deterrent to burglars, and the size of dog is relatively unimportant; a prospective burglar will be scared off by the noise. It has even been suggested that a pack of dog food placed strategically at a front window or a tape of a barking dog can be effective in themselves. Surprisingly, no documented studies exist of the effectiveness of dogs at preventing burglaries; nonetheless it is accepted that they do, and dogs are recommended by police authorities as effective aids to protection.

For personal as opposed to property protection, the elderly may have the most to gain, being more vulnerable and frequently living alone. In man y ways the elderly form a special group regarding dog ownership since their numbers are increasing, and they are more likely to feel lonely and suffer emotional isolation. The traditional extended family has declined and been replaced by the nuclear family where different generations usually live apart. Despite the obvious benefits, pet ownership is lower among older than younger age groups, possibly because older people worry over the well-being of their dogs if their own health  declines, and  because  they see more disadvantages from  dog ownership than do younger people. Perhaps most importantly, they fear the loss of their dog and their own resulting grief.