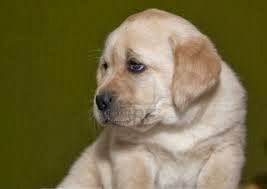 With their short, dense coats, Labradors are relatively simple to groom and rarely need their hair trimmed. Nevertheless, they moult extensively and demand some attention at least weekly. The Labrador is also a first – class muck – roller, so regular bathing will prove inevitable.

Routine Grooming:
Thorough Brushing command your dog to sit or stand. A bristle brush will remove dead hair and debris, as well as massage the skin. If using a double – surfaced brush, take care with the pin side, which can be harsh on delicate skin if applied too vigorously.

Shining the coat complete the grooming routine by smoothing the coat with clean, dry chamois leather. This wipes any loose flakes of skin from the surface and creates a glossy sheen. Let your dog know that grooming is finished by giving the release command “OK”, then reward its obedience with verbal praise.

Combing out dead hair a comb is needed only in cold weather, when Labradors have a thick double coat. Concentrate on the hips, thighs and tail, where dead hair accumulates. Comb thoroughly, but avoid scratching the skin.

Moulting Care:
During your Labrador’s twice – yearly moults, it is advisable to groom at least twice a week. If neglected, elderly dogs in particular can develop Matts of moulted hair over the hips and at the base of the tail.

Establish Grooming as a Basic Ritual:
In canine terms, grooming represents an act of dominance, taking most dogs back to puppyhood, when they were dependent on their mothers to keep them clean. Labrador’s usually strong – willed individuals, especially males, may resent it. To avoid such problems, introduce grooming routines as soon as your acquire your dog. It will quickly learn to accept your action as a sign of leadership, and should comply contentedly.

Bathing Your Dog:
1. Although Labradors generally loves to get wet, they are less happy being washed. Keep a firm grip on your dog (or enlist a helper) and use a non – slip mat in the bath for safety. Lather thoroughly with dog baby shampoo and tepid to warm water. Bathe outdoors with a garden hose only in hot weather.

2. After washing, rinse off all the shampoo, removing any residual deposits from under the legs and tail. Avoid getting shampoo near the eyes or water in the ears. Continually talk to your dog in a firm but gentle tone while bathing.

3. After rinsing, squeeze excess water from the coat and wrap your dog in a towel. Let it shake, then vigorously rub its coat dry or use a hairdryer set to warm, not hot. A typical Labrador will now be eager to roll around to get rid of artificial shampoo odour. It might smell fresh to you, but your dog still prefers the aroma of dead fish!