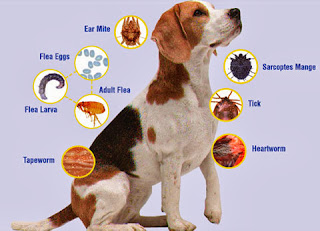 There are some common canine diseases out there to which all dogs are susceptible. But vaccines will protect your dog from quite a few these illnesses, from parvovirus, rabies and distemper to Lyme disease. As well as oral medications to prevent heartworm, dogs get a series of initial vaccines as pups and are then revaccinated annually. You’d think your dog would be feeling like a four-legged pin cushion, but many of the vaccines are combined in one shot.

Basic Vaccinations:
Even though vaccines can protect your dog from many common conditions – as well as some that aren’t so common – some vets believe that giving more vaccines than are absolutely necessary can stress a dog’s immune system and make him more rather than less likely to get sick.
While some vaccines, like the one for rabies, are absolutely essential, others are optional, depending on where you live and whether or not your dog is often in contact with other dogs. Your vet will help you plan a vaccination schedule that is tailored to your dog’s individual lifestyle. Here are the vaccines that are usually offered.

Rabies:
Your dog must be vaccinated against rabies. It’s the law – and for good reason. Rabies is a vital disease that’s deadly for people and pets.

Parvovirus:
This viral disease is very common among dogs and can be extremely serious. It damages a dog’s intestinal lining, and treatment is intensive and expensive. Your dog really should be vaccinated against this disease. In fact, if you want to board your dog at a kennel, the kennel will insist that she has been vaccinated.

Distemper:
This is viral disease that affects the respiratory, gastrointestinal and nervous systems. It’s also contagious and easily passed from dog to dog. Even though distemper is rare, it can be deadly, so most vets recommend vaccinating against it.

Canine Hepatitis:
This viral disease of the liver rarely occurs these days because the vaccination program against it has been so successful. However, while that means your dog doesn’t necessarily need it, the vaccine is often difficult to avoid because it is included in most commercial multivaccine preparations. It would be quite expensive to exclude the hepatitis vaccine.

Corona virus:
Like parvovirus, corona virus causes diarrhea. Even though it’s not as dangerous, the corona virus infection can still be mighty hard on a young puppy. It’s spread by social contact, so if your dog spends considerably time with other dogs or if she is boarded or shown, she should have this vaccine.

Parainfluenze:
This viral infection is the most common cause of canine coughing. A vaccination is usually required by kennels and veterinary hospitals before your animal can be boarded. It is given annually as a standard inclusion in your dog’s vaccine schedule.

Leptospirosis:
This bacterial disease affects the liver and the kidneys. It is only prevalent in some parts of North America, notably where there are deer and rodent populations that spread the bacteria. If you live in one of the affected areas, then your dog needs to be vaccinated.

Canine Cough:
This is the dog world’s equivalent of our common cold. Affected dogs develop a hacking cough that lasts for weeks. The coughing can spread the infection to other dogs. Although the name “kennel cough” has been around for decades, there’s a move to lose that moniker because it suggest that kennels are at the heart of the problem. Dogs do get canine cough at kennels, but they also get it at dog show, groomers’ facilities, and pet shop and even at veterinary offices. It’s not caused by just one germ.

Dogs become susceptible when they develop any of a number of viral infections (including Parainfluenze), which are then followed by a bacterial infection called Bordatella bronchiseptica. The bordatellosis vaccine is squirted up your dog’s nose to protect against the bacterial infection. Kennels usually require this vaccination.

Lyme disease:
Transmitted by deer ticks, Lyme disease can cause intense joint pain and other symptoms. Your dogs need a Lyme disease vaccination only if you live in areas where the deer ticks are present, or when you’re visiting such areas.

Preventing Heartworm:
No ne had heard of heartworm about a decade or so ago, but now it’s everywhere and every dog is at risk. And that’s unfortunate, because this potentially fatal infection, caused by a parasite spread by mosquitoes, is so easy to prevent. “Despite improved diagnostic tests and preventive drugs, many pets still do not receive this protection,” says Dr. Harpold.

Before starting your dog on a heartworm protection plan, your vet will run a blood test to make sure she is not already infected. Assuming that she’s in a good health, she’s ready to start taking her pills.

When Should Prevention Start?
Years ago, vets used to recommend starting preventive therapy one month before mosquito season and continuing for one month beyond its end. However, this was when dogs took daily preventives and you couldn’t afford to miss a few days. With the new monthly preventives, computers are on the job to predict when dogs should receive their first last doses for anywhere in North America. Call your local vet to find out the best time to start your dog’s treatment. And if all else fails. The old standby can’t be beaten start one month before the mosquito season and continue if for one month afterward. It’s not high-tech, but it is simple, and it works.

Side Benefits:
You don’t want your dog getting heartworm, and that’s the best reason to make sure you give her those tablets. But there are other perks to good heartworm control, because some of the once – a – month products also help control intestinal parasites.

For example, medications that contain oxibendazole (like Filaribits Plus) also protect against roundworms, hookworms and whipworms. Medications that contain pyrantel pamoate (such as Heartguard-30 plus) control roundworms and hookworms. Drugs containing milbemycin oxime can prevent hookworms and treat roundworms and whipworms. And when lufenuron is included (in a drug like Sentinel), it also helps treat fleas. That’s a lot of parasite control for one tablet a month.