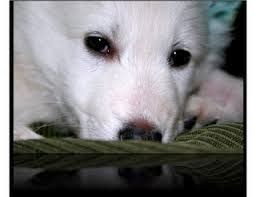 
Osteoarthritis:
Osteoarthritis is a dog disease commonly known as degenerative arthritis, it is a common condition in dogs which is characterized by progressive deterioration of cartilage in the joints of the limbs. This condition in the dog can be very painful. There are several  treatment options available which include medications such as NSAIDs, corticosteroids, and joint fluid modifiers such as glycosaminoglycans. Other treatments include surgery, massage, warm compresses, chiropractic, and acupuncture.
Hip Dysplasia:
This is an inherited dog disease that is characterized by abnormal development of the acetabulum and head of the femur. This dog disease is quite common in large breeds of dogs.
Elbow Dysplasia:
Elbow Dysplasia is a dog disease found in large breeds of dogs. It incorporates many different hereditary problems of the elbow, including osteochondritis of the medial condyle of the humerus, fragmentation of the medial coronoid process of the ulna, and ununited anconeal process of the ulna.
Luxating Patella:
This is a medial or lateral displacement of the kneecap in dogs. This condition is usually inherited, but can also be caused by trauma. This dog disease is more common in smaller breeds of dogs
Osteochondritis Dissecans:
(OCD) is separation of immature articular cartilage from underlying bone. It is caused by osteochondrosis, which is characterized by abnormal endochondral ossification of epiphyseal cartilage. It is most commonly seen in the stifle, elbow, shoulder, and hock.
Panosteitis:
This is a common dog disease of unknown cause that causes pain and a shifting leg lameness in medium and large breed dogs. It affects the long bones of the hind and forelimbs.
Legg-Calvé-Perthes syndrome:
Also known as Perthes disease or aseptic necrosis of the femoral head, the dog disease is characterized by a deformity of the head of the femur and hip pain. It usually affects small breed puppies.
Back pain:
Back pain in dogs, specially in long-backed breeds, for example Basset Hounds and Dachshunds, is commonly caused by intervertebral disk disease. It is caused by degeneration and protrusion of the disk and compression of the spinal cord. This dog disease occurs most commonly in the cervical and thoracolumbar regions. Symptoms of this disease include back pain, hind limb weakness, and paralysis.
Congenital vertebral anomalies:
These anomalies including butterfly, block, and transitional vertebrae, and hemivertebrae, are a collection of medical problems of the spine in animals. Most are not clinically significant, but they can cause compression of the spinal cord by deforming the vertebral canal or causing instability.
Craniomandibular osteopathy:
This is a hereditary disease specifically in West Highland White Terriers and also occurs in other terrier breeds. It is a developmental disease in puppies causing extensive bony changes in the mandible and skull. Symptoms of this dog disease include pain when opening the mouth.
Hypertrophic osteopathy:
This is a bone disease secondary to disease in the lungs. It is characterized by new bone formation on the outside of the long bones.
Hypertrophic osteodystrophy:
This is a bone dog disease present in rapidly growing large breed dogs. Symptoms of this dog disease include swelling of the metaphysis (the part of the bone adjacent to the joint), pain, depression, loss of appetite, and fever. The disease is usually bilateral in the limb bones.
Spondylosis:
Also known as spondylosis deformans in dogs, is growth of osteophytes on the ventral and lateral surfaces of the vertebral bodies. It is usually an incidental finding on radiographs and usually does not manifest any  symptoms.
Masticatory muscle myositis:
(MMM) is an inflammatory dog disease that affects the muscles of the jaw. Symptoms of this disease include swelling of the jaw muscles and pain on opening the mouth. In chronic MMM there is atrophy of the jaw muscles, and scarring of the masticatory muscles due to fibrosis may result in inability to open the mouth a condition known as trismus.