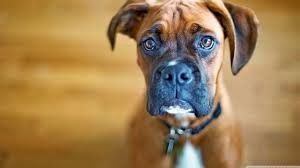 There are many dog diseases caused by parasites. A parasite lives in a close relationship with another organism, its host in this case a dog, and causes it harm.  The parasite is dependent on its host for its life functions.  For example, viruses are common parasites. The parasite has to be in its host to live, grow, and multiply. Parasites rarely kill their hosts, but in some cases complications caused due to parasites can be fatal to a dog. The following dog diseases are caused due to parasites in dogs, it is imperative that you provide a healthy parasite free environment for your dog to give it a long healthy life and if your pet is affected by parasites get treatment as soon as possible.

Intestinal parasites
Parasites can cause great harm to your dog and help spread different kind of dog diseases be vary of them and keep your dog free of parasites. Consult a vet if you see symptoms of any dog disease caused by parasites or if you notice the physical presence of parasites in your dog.