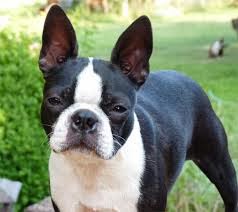 Aspergillosis is a disease caused by fungi from the genus Aspergillus, a species of common mold found throughout the environment including hay, dust and straw etc, which affects just the nasal and respiratory systems but may disseminate into the dogs entire body if severe. This severe type may prove to be fatal for your pet. Even though all dogs may come into contact with this fungus at one or other point of their lives, the dogs with weak immune systems would catch this disease.


Causes
Aspergillus fungus is found throughout the environment in substances like grass, dust and hay. The dog can catch this disease by inhaling the spores in the environment. After it is inhaled by the pet, it may attach itself to the mucous membranes and develop into an explosive form where it can explode throughout the body if not treated.

Symptoms of nasal form of this dog disease include:
•    Sneezing
•    Running nose
•    Nasal pain
•    Bleeding from the nose
•    Reduced appetite
•    Swollen nose
•    Long-term nasal discharge from the nostril (mucus, pus or blood)
•    Lethargic
•    Ulcerations on the external portion of the nose

Treatment
Treatment for this dog disease varied depending on the type. Incase of nasal Aspergillosis antifungal drug is administered directly into the dog’s nose and nasal passages while it is under anesthesia. Whereas in case of disseminated Aspergillosis treatment is difficult and the dogs being cured is rare. Even in this case antifungal drugs are given to treat the symptoms which may cure the condition. The choice of anti-fungal drugs for this disease includes the following:
•    Clotrimazole
•    Enilconazole
•    Itraconazole
•    Fluconazole
•    Ketoconazole