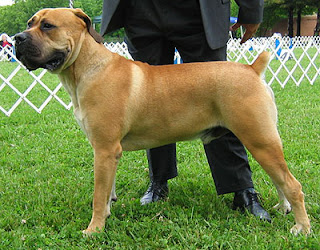 We do think of getting a dog that could easily sit in our lap and would be friendly and also provide some security. Know when it comes to small dogs it is still a little easy but today we would be talking about some of the gigantic breeds among the dogs that are really huge. Dogs are all shapes and sizes; we would be listing 10 gigantic breeds of the dogs for you to be familiar of the humongous ones too.

Usually people love to keep small breed dogs as it is easy to handle but there some crazy lovers who like to have a large breed and a guard dog or protector normally big breed dogs are mostly preferred. The list below is a consolidated list and has a perfect consensus of the top ten big breeds of dogs. The following are the top ten Huge dogs.

1. Saint Bernard:
Saint Bernard was a service providing dog for the Swiss Alps and was used in the mountainous regions for rescue purposes. It is undoubtedly the humongous breed among the dogs that stand up to 37 inches. Most of the male dogs of this breed weigh 77 – 117kg, the best part of this breed being so huge still on the contrary they are very friendly and helpful. It needs proper training at the initial sages and would never be trouble to handle. They socialize very well and are easy to train.

2. Mastiffs:
They are also known as The English Mastiff due to being an English originated breed. The breed weighs maximum up to 110kg and stands in height till 30inches.  It is second on the list though Great Danes and Wolf Hound in stature are much huger but Mastiffs are much more muscular and stronger due to which they come on the second position. They being a big breed still is renowned to be house pet for its friendly nature and being courageous and fearless. Its quality of having the urge of being with its keeper is a diehard fact in the breeds.

3. Napoleon Mastiffs:
The name says it all. Napoleon Mastiffs is a fearless dog which stands up to 31 inches and weighs up to 74 kg. It comes third on the list being shorter than the rest of the breeds but because of it having a muscular psyche and faithful and just has all the quality of being a guard dog. They need to be trained at early stages so that they may not become a threat for strangers.

4. Newfoundland
It comes fourth on the list and weighs up to 70 kg and stands till 30 inches. The amazing thing about this breed dog is that it used for rescue operations in waters and deep sea which is not done by most of the breeds. It considered being one of the strongest dogs and with its webbed feet it’s just rocking. It has qualities of being a house pet, patient and gentle, above all friendly, loving and very much caring. It needs to be trained carefully from the point of socializing with everyone.

5. Dogue de Bordeaux
It is a French dog and weigh from 54-65kg and not only that its height is up to 30 inches. It is a very obedient and friendly dog and has all the qualities of being a guard dog. It comes on the fifth largest breed on our list and is fearless, courageous and faithful sufficiently. It is an ideal pet for having as a friend, companion and protector too.

6. Great Dane
Great Dane in stature is capable being on the second position after the wolf hounds but is on he 6th position due to its energy level. It is undoubtedly one of the huge breed existing today. It weighs from 54-90kg which is a large scale to measure on has a maximum height of 30inches. It is a beautiful breed and is very much patient with kids and toddlers.

7. Irish Wolf Hound
This breed id an ancient breed and was used to in ancient times to hunt wolf that is called the Wolf hound. It weighs up to 40-69kg and stands till 35inches which brings it 7th on our list. It is one of the tallest breeds existing today. They have a very sweet and humble nature but some where they do become sluggish due to which they are not highly recommended of being a guard dog.

8. Perro de Presa Canario
It was breaded in the Canary Island and was brought for dog fighting games. It weighs up to 36-59kg and stands up to 25 inches. It is as outstanding dog if used for dog racing and fighting games. They are a playful breed and require a lot of attention by its owner. They need a strict trainer and if you a new dog owner it wouldn’t be a good choice for you.

9. Pyrenean Mountain Dog
It weighs about 50-54kg and ranks 9th on our list. It said to be one of the most well mannered breeds and highly socializing too. It would not be wrong to advice this breed to be trained at initial stages when it’s a toddler and make it learn all mannerism. This remedy would definitely benefit the owner too. It is highly faithful and friendly too.

10. Kuvasz
This breed comes from the Hungarian Origin and is an ancient one. It weighs up to 45-52kg and stands till 30inches which brings in on our top 10 list.  They think independently and are really hard to train. To train them you need to be really strict and conscious too. They are not friendly in nature and can ve very unfriendly to strangers too. So if you are a new dog owner its better you choose some breed from the above list and get use to it. Even if you have someone who had this breed it would be good for you too to take suggestions as to how to manage this breed.